The title Hero City was given to 13 cities of the former Soviet Union. (To be precise, there are 12 Hero Cities and 1 Hero-Fortress). Each of the Hero Cities was honored for it’s great heroism, sacrifice and role in the eventual defeat of Fascist invaders during the Great Patriotic War. Of the 13 Hero Cities, 7 are in present day Russia, 4 lie within Ukraine, while the remaining 2 are in Belarus.

*Technically, Brest was honored as a Hero-Fortress, not a Hero City.

One of the greatest tragedies of the war, Leningrad, exemplified Soviet sacrifice and perseverance. During the 872 day Siege of Leningrad (from September 9, 1941 until January 27, 1944), over one million of the city’s three million civilians died of starvation, exposure and German shelling. Another 300,000 Soviet soldiers died in the defense and liberation of the city.

Site of interest: Museum of the Defense and Siege of Leningrad, located near Chernyshevskaya metro station, Saint Petersburg. 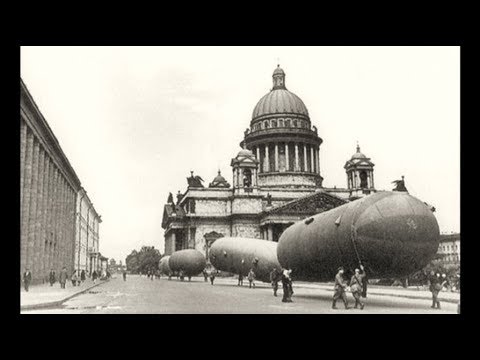 The Battle of Stalingrad was a decisive turning point in World War 2 in Europe. The onset of the battle (July 1942) saw German forces on a full scale offensive, while the ensuing surrender of the German 6th Army in Stalingrad (February 2, 1943), was the beginning of the end for Hitler.

While there are no statistics with the exact death toll of the battle, estimates put casualty numbers at 1.5 to 2.5 million soldiers and civilians, making it one of the bloodiest battles of all time.

Follow the link for more info about the Battle of Stalingrad, including stats and tourist sites. 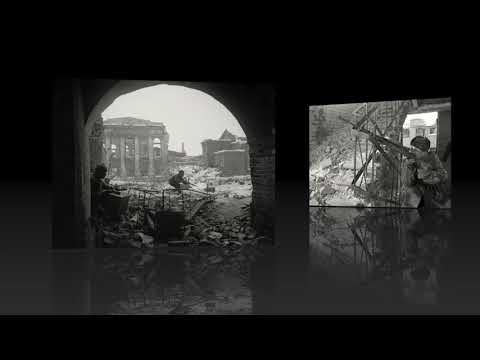 Odessa earned the title Hero City for the heroic defensive battle waged from August 8, 1941 to October 16, 1941, and for the partisan resistance which persisted within the city’s underground catacombs for most of the Hero City’s occupation.

One of the first formidable pockets of resistance encountered by invading Axis armies, a smaller force of Soviets managed to fend off a superior number of Germans and Romanians for 73 days. In the end the Fascist enemy suffered an estimated 93,000 casualties, while the Soviet 9th Army (which was evacuated by sea) suffered a less severe 41,000 dead and wounded. 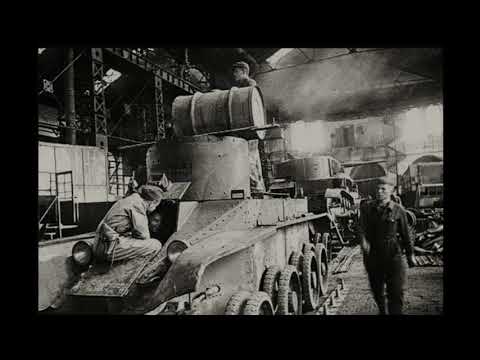 A key battle on the eastern front, the Siege of Sevastopol proved to be a costly victory for the German Army. Hoping for a quick conclusion, German and Romanian forces soon found themselves conducting a bloody siege that lasted from October 30, 1941 until July 4, 1942.

Heroic members of the Red Army and Soviet Black Sea Fleet fought courageously, and despite daily bombardment by the Luftwaffe and German artillery (including the 1,350 tonne Schwerer Gustav railroad cannon), they managed to hold out for 250 days.

In the end, the heavily fortified Black Sea port finally fell, but not before consuming huge amounts of enemy munitions, men, petrol and time, all of which were sorely needed for the German’s 1942 summer offensive, Operation Blue. 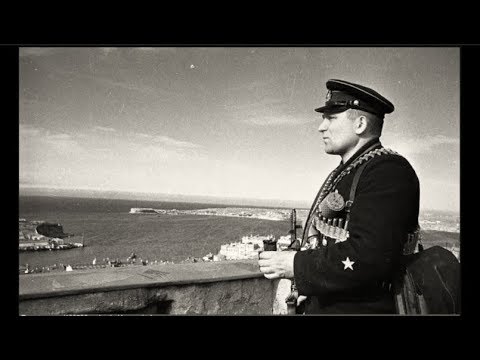 Kiev earned its place as a Hero City, not so much for its strategic importance in the Soviet Army’s victory in the war, but for the sheer sacrifice incurred during the city’s defense and occupation.

Kiev was named a Hero City on June 22, 1961, for the 20th anniversary of the start of the Great Patriotic War.

While the Battle of Kiev may have slowed the Germans by diverting precious men and material from their advance towards Moscow, many historians agree that it was a great defeat for the Soviet Army.

To add to the death toll, hundreds of thousands of Kiev residents were executed or sent to die in slave labour camps. Kiev’s most notorious killing field is known as Babi Yar (Babyn Yar), a local ravine where most of Kiev’s Jewish and Gypsy populations were exterminated. To visit memorials to the victims, take the metro to Dorohozhychy station. 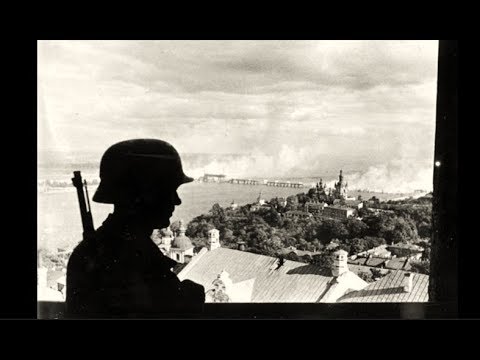 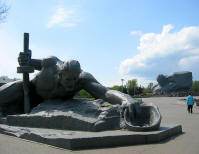 When the Germans launched Operation Barbarossa on June 22, 1941, the Brest Fortress sat on the border of Soviet and Nazi territory. One month later, with the front hundreds of kilometers to the east, the Wehrmacht was still trying to stamp out Soviet resistance in the fort.

Brest Fortress was named a “Hero-Fortress” on May 8, 1965, the 20th anniversary of the victory over Nazi Germany.

Despite a lack of food, water and munitions, and with no hope of outside support, roughly 7,000 defenders of the Brest garrison valiantly resisted German assaults. Heavily outgunned and outnumbered by a ratio of ten to one, resistance continued until late July, early August 1941. 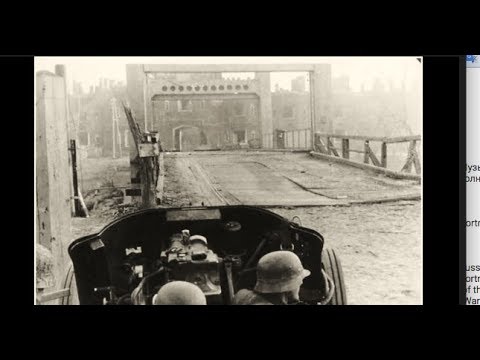 A huge blow to the German Army, the October 1941 to January 1942 Battle of Moscow quashed Hitler’s plans for a short victory in Russia.

Moscow was named a Hero City on May 8, 1965, on the 20th anniversary of the victory over Nazi Germany.

During the initial defensive, fighting approached the very outskirts of the Russian capital. With combat tactics left solely in the hands of local commanders, the legendary General Zhukov was able to plan a counter-offensive. 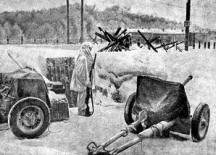 With fresh divisions from Siberia and the Far East, and the luck of unseasonably cold weather that froze German soldiers and vehicles, the counter attack was launched on December 5. Despite a failed attempt to envelop the German Army, the offensive did manage to drive the Wehrmacht to a more comfortable distance away from Moscow.

This victory provided an important boost for Soviet morale and paved the way for a long, grueling war of attrition, one the Germans had desperately hoped to avoid.

Sites of interest: Tomb of the Unknown Soldier located in Alexander Garden at the base of the Kremlin wall, monument on road to Sheremetyevo-2 airport marking the furthest advance of German troops in 1941, the Central Museum of the Great Patriotic War located at the base of the Memorial Victory Complex on Poklonnaya Hill. 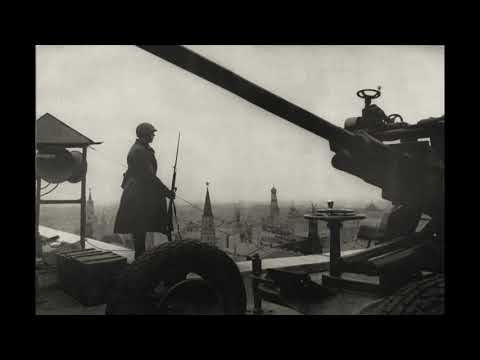 A port in eastern Crimea, Kerch was a key German bridgehead for launching its offensive into southern Russia and a key Soviet bridgehead for the eventual liberation of the Crimean peninsula. As a result of its military importance, Kerch was the site of numerous battles from November 1941 until its final liberation on April 11, 1944.

The first fighting in Kerch occurred in November 1941, when German and Romanian forces captured the city. On December 30, 1941 the Soviets recaptured Kerch in a amphibious landing.

It was taken back by the Axis forces in May 1942, paving the way for the Wehrmacht’s southern offensive, Operation Blue. On October 31, 1943, another Soviet naval assault landed near Kerch. The beachhead established paved the way for the city’s liberation on April 11, 1944. 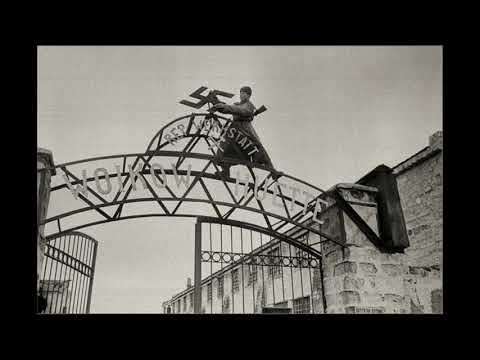 Like Kerch, Novorossiysk was a key Black Sea port for the German’s 1942 offensive in southern Russia. In an attempt to gain this objective, the Germans launched an assault on the city in August 1942.

Novorossiysk was named a Hero City on September 14, 1973.

Despite intense fighting which persisted into September 1942, the Germans were unable to eliminate the resilient Soviet defenders. Soviet resistance managed to retain possession of the eastern part of the bay, preventing the port from being used as a vital German supply hub. 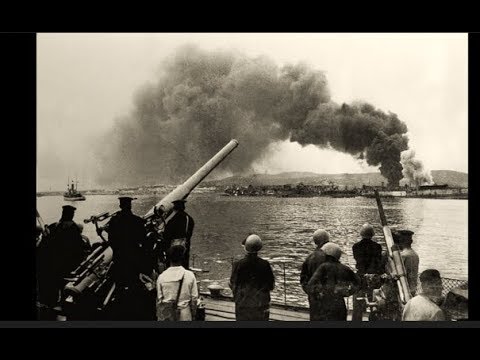 Like Kiev, the encirclement of Minsk was more of a Soviet defeat than a victory. Also like Kiev, the city was honored as a Hero City for the sheer sacrifice incurred by Red Army soldiers and Minsk’s civilian population. 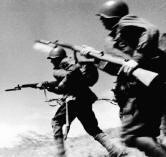 From the onset of Operation Barbarossa on June 22, 1941, the German objective was the encirclement of Soviet forces around Minsk. While the operation went according to plan, it was far from a complete success. To the surprise of the Wehrmacht, Soviet defenders fought relentlessly, even after being surrounded. The consequence was high German casualties and the escape of up to 250,000 Soviet troops.

By July 9, 1941, resistance was finally broken. Roughly 300,000 Soviet troops were captured, most of whom subsequently died in captivity. Another 400,000 civilians in and around Minsk also lost their lives during the long Nazi occupation. 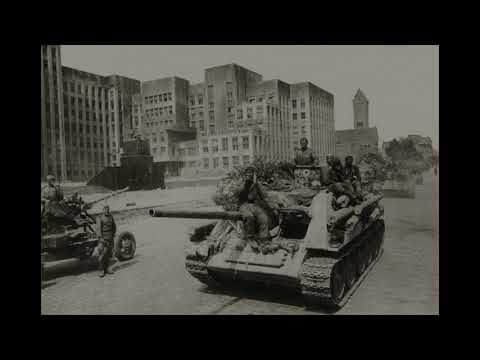 Part of the larger Battle of Moscow, the defense of Tula was a key engagement that ultimately saw the end of Germany’s 1941 offensive. 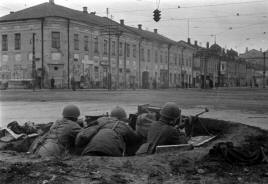 Located south of Moscow, the heavily fortified city of Tula became a focal point for German forces trying to break Soviet resistance around the capital. Fierce fighting in Tula commenced on October 24, 1941, but no matter what the Germans did, Red Army defenders refused to retreat. Finally, on December 5, 1941, the day the Soviets launched a sweeping counter offensive, the Germans were finally forced to cease their attack. 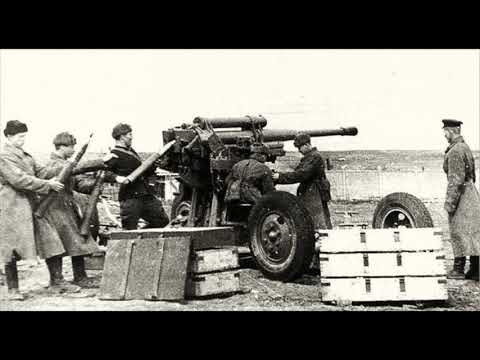 Located on the the Kola Peninsula, Murmansk was a strategic northern sea port vital for receiving supplies from the west. In an attempt to cut Russia off from this important supply line, German and Finnish forces launched an assault against Murmansk on June 29, 1941. 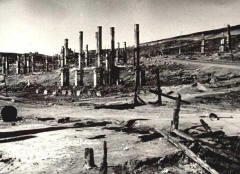 Despite intense shelling and enemy attack, Soviet resistance was able to persevere. Failing to take Murmansk, Axis forces discontinued their assault in late October 1941. As a result, important supplies continued to reach the Soviet Union for the remainder of the war. 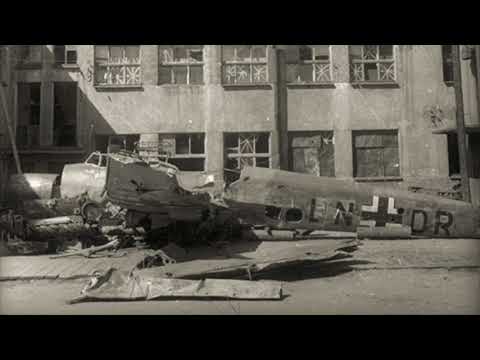 The Battle of Smolensk, a key engagement in the German’s drive towards Moscow, stretched from July 10 to September 10, 1941.

Like other encirclement operations, Germans managed to inflict heavy casualties and take an estimated 300,000 Red Army prisoners. It did, nevertheless, come with a great cost. Persistent Soviet resistance and counter-attacks significantly delayed the Nazi advance towards Moscow. This delay provided the Soviets vital time to make preparations and strengthen defensive lines around their capital. 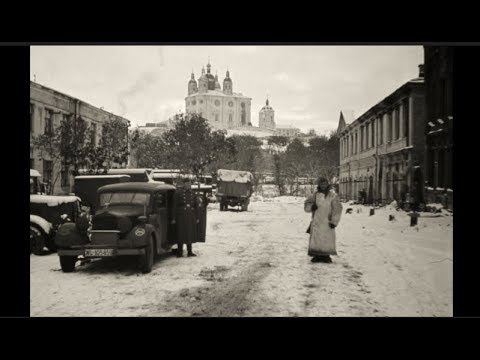