Religion in Ukraine has a somewhat different “mix” of faiths as compared to religion in Russia. Although the region was once home to rather large Muslim and Jewish communities, Islam and Judaism have diminished significantly from their historic heights. Ukraine, unlike Russia, is predominately Christian, with greater than 90% of religiously active citizens belonging to Orthodox, Catholic or Protestant denominations (2006 Razumkov Centre survey).

According to the same 2006 Razumkov Centre survey, the breakdown of religious faith in Ukraine is as follows.

Tragic Loss of Jewish and Muslim Cultures in Ukraine

While present day Ukraine enjoys a free religious climate, the story of Jewish and Muslim persecution and the demise of each community is a tragic part of Ukraine’s history. 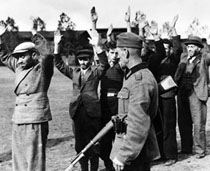 Jewish settlements in Ukraine can be traced back to the 8th century (preceding the existence of Kievan Rus’). Flourishing under Polish rule (10th to 16th centuries), tolerance changed to persecution with the arrival of Cossack Bohdan Khmelnytsky in 1648. Anti-semitism and violent pogroms became an unfortunate reality for the Jewish community right into the 20th century. The largest mass murder of Ukrainian Jews occurred at the hands of the Nazis and their local Ukrainian supporters between 1941 and 1945. Of the 2.7 million Jews who lived in the territory of modern Ukraine, 1.6 million were murdered and roughly 900,000 were forced to flee to other parts of the Soviet Union. A mere 100,000 Jewish Ukrainians survived Nazi occupation. 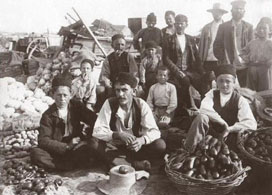 The indigenous Muslim community did not fair much better than the Jews. For centuries Muslims lived and thrived in the southern part of present day Ukraine, particularly on the Crimean peninsula. Known as the Crimean Tatar, these Sunni Muslims were decedents of Turkic-speaking settlers who arrived as early as the 7th century. Establishing the Crimean Khanate in the 15th century, and falling under influence of the Ottoman Empire, the Crimean Tatar were a constant adversary of Russian and Cossack interests in Ukraine. By the end of the 18th century Ottoman Turk influence began to wane and Crimea was eventually annexed by Russia. This caused a wave of persecution in the interest of Russian colonization. The first mass exodus (of many) began as Crimea’s Muslim population fled for more friendly Ottoman territory. This exodus culminated over 150 years later when Soviet leader, Joseph Stalin, accused all Crimean Tatar of being Nazi collaborators. On May 18, 1944, the entire Crimean Muslim population was deported en masse to Uzbek SSR and other far regions of the Soviet Union. Sadly, the Crimean Tatar population was never allowed to return from exile until Perestroika in the 1980s. By this time it was too little, too late. Crimea, which was home to approximately 6,000,000 Muslims at its peak, is now home to a mere 248,000 descendants. (All-Ukrainian population census 2001)